The Striker Control Device (SCD) for Glocks is Back! 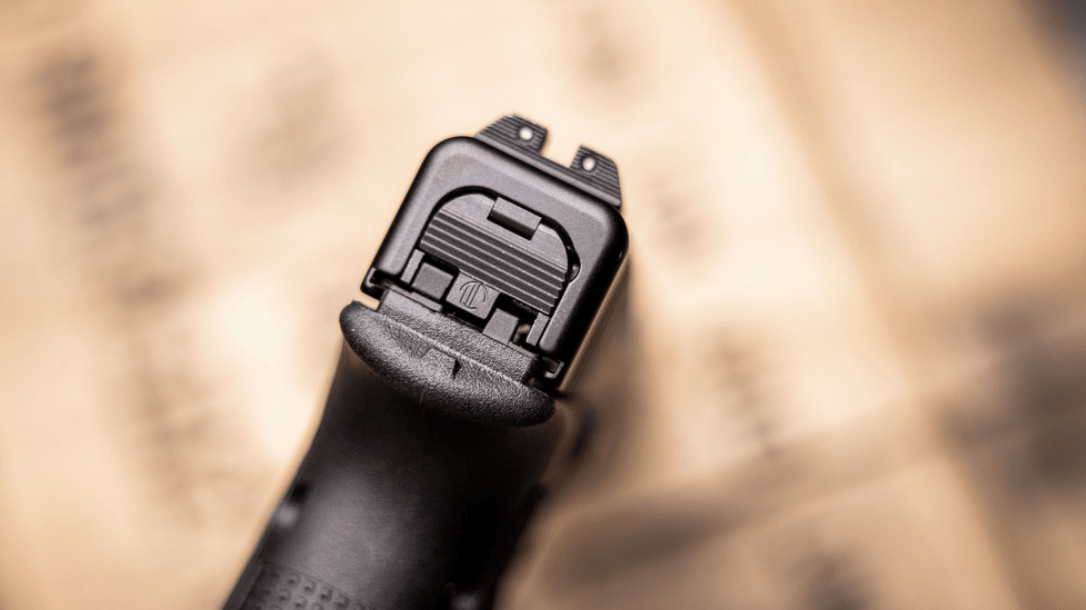 It’s back! Originally manufactured by Tau Development Group, the Striker Control Device (SCD) has returned for Gen 5 Glocks. Now in the extremely capable hands of Langdon Tactical Technology (LTT), the SCD is again available for purchase.

What Does the Striker Control Device Do?

If you’re not familiar with the SCD, sometimes referred to as The Gadget, that’s okay. I’ll let the experts at LTT explain what it does.

The Striker Control Device (SCD) is a cover plate for your Glock pistol that blocks the rearward motion of the striker when thumb pressure is applied to the back of the slide – similar to a hammer on a DA/SA hammer fired pistol. It was originally developed by Tom Jones and Todd Louis Green from the inspiration of double action hammer fired pistols, where shooters are taught to keep their thumb on the hammer when holstering. Keeping your thumb on the back of the hammer gives you positive feedback should something be caught in the trigger guard to prevent the gun from firing.  The SCD does just that for the Glock striker fired pistols.

Shooters who run DA/SA autos or revolvers will immediately see the utility in the SCD. When you holster a gun with a physical hammer, you put your thumb on the hammer to prevent movement. I’ve spent so much time running hammer fired guns that I reflexively thumb the back plate even if does nothing.

What the SCD Doesn’t Do

Whenever someone posts about the SCD, there are invariably comments from people who don’t understand it. That’s fair. The SCD isn’t a replacement for safe gun handling. You should always re-holster cautiously and thoughtfully. Holstering a loaded gun is probably the most dangerous thing you’ll do all day, so it makes sense to do it carefully. Not to mention that holstering seems to be when people are most likely to shoot themselves. Adding the SCD to your Gen 5 Glock makes holstering the gun equally as safe as holstering a DA auto or a revolver.

The SCD also doesn’t stop the gun from working. The original prototypes were mounted on guns that fired thousands of rounds. They went through countless evolutions on Simunition guns in Shivworks ECQC classes. It won’t allow debris to enter the gun, and in the extremely unlikely event that the SCD breaks, it just functions like a regular striker plate.

The point? Again, it’s to add a layer of safety to the holstering process. Let’s say for example you’re holstering your gun in the dark. While maintaining good finger discipline, you’re putting the gun away, but it’s dark so you can’t clearly see into the holster. Because it’s dark, you don’t notice the hem of your jacket going into the trigger guard. As you put the gun in the holster, you feel the Striker Control Device pressing into your thumb, telling you that something is putting pressure on the trigger. Immediately, you stop the holstering process and clear the obstruction.

The SCD just kept you from having, at best, and embarrassing accident, and at worse a serious injury.

Some people think that’s pretty cool, and I am one of those people. The SCD is available for purchase on the LTT website. If they’re out of stock, LTT told me that you can sign up for the waitlist and get notified when they’re back in stock.

Is the Magpul/Maztech X4 System the coolest Magpul product announcement since the waffle maker that they never made?...