In 2007 Call of Duty 4: Modern Warfare was released, and players experienced the latest and greatest in firearms technology in high resolution. Players of the series found themselves immersed in a game with new guns, and not forced to use those same old re-rendered guns their grandparents used in WWII.  Since its release, the Modern Warfare series has taken the world by storm. Recently I found myself in the SilencerCo Batcave with a sound meter already set up, and a little extra time to spare. So like a kid in a candy store, I asked if we could meter some of my favorite guns from the Modern Warfare franchise, and they kindly agreed.

While the Modern Warfare series has seen a slew of firearms come and go, I was interested in metering a few hosts that weren’t as common as say an M4 carbine or AK-47. Instead, we’d start at the opposite end of the spectrum with those guns that are difficult (if not borderline impossible) to acquire. 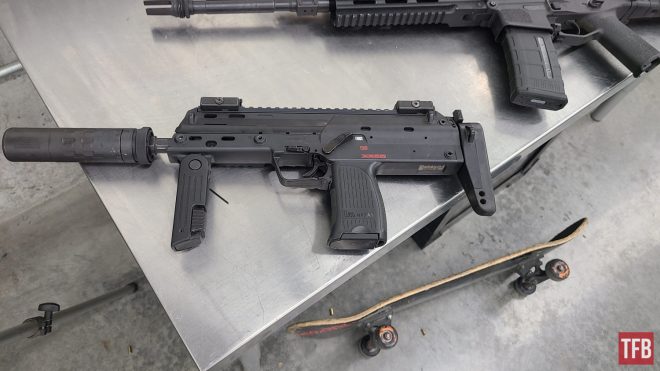 The first choice was of course the Heckler & Koch MP7. With no semi-auto version available to the public, these guns are incredibly rare.  As these were made after the Gun Control Act of 1986, no transferrable civilian copies exist.  Even a post-sample MP7 will sell to the right dealer for roughly $50,000 in the current market. The MP7 is chambered in HK’s proprietary 4.6x30mm round, and comes with 20, 30, and 40 round magazines from the factory packing a lot of high-velocity punch into a very small package. 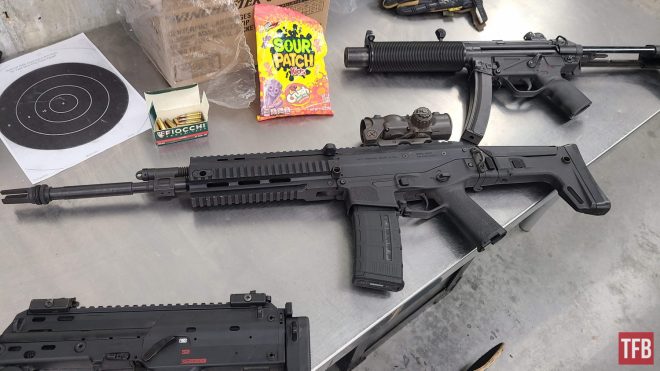 My second choice was this Bushmaster Adaptive Combat Rifle or ACR topped off with an Elcan SpecterDR 1-4x optical sight. Originally developed by Magpul as the Masada, the design would end up changing hands with both Bushmaster and then Remington having a hand in the design. The Remington ACR would end up being displayed to U.S. Army officials in 2008 as a potential replacement for the M4 carbine. With the design passed over, production slowed on the ACR. Nowadays these rifles are seldom, if ever, seen at your local FFL. 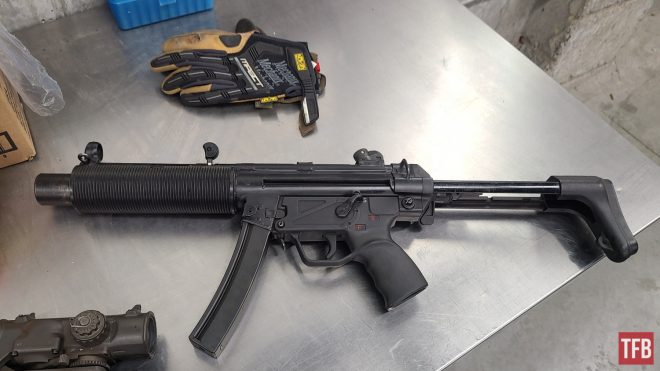 My third and final choice was the SilencerCo MP5SD. I preface this as SilencerCo’s gun as it’s not the original MP5SD. Instead of using the older silencer technology, they tucked their Omega 9K silencer underneath the existing handguard and created a whole new animal. The gun is shorter and just as quiet (if not quieter) than the original MP5SD. I’ve had a chance to shoot this gun on several occasions and was really looking forward to getting some formal data on it.

With our three test weapons and silencers selected, it was time to skateboard over to the meter with machine guns and sour patch kids (to share) in hand. 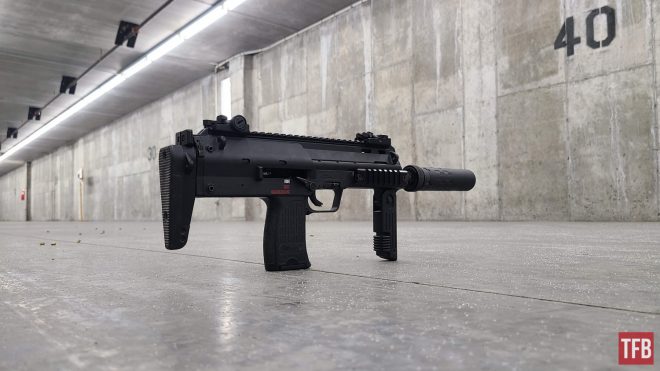 Up first was the MP7, and the silencer we’d be using would be the Saker ASR K.  I’ve shot the MP7 on a few occasions with silencers from various companies. Even so, I was incredibly surprised by the numbers this put up, especially at the ear with such a small suppressor. 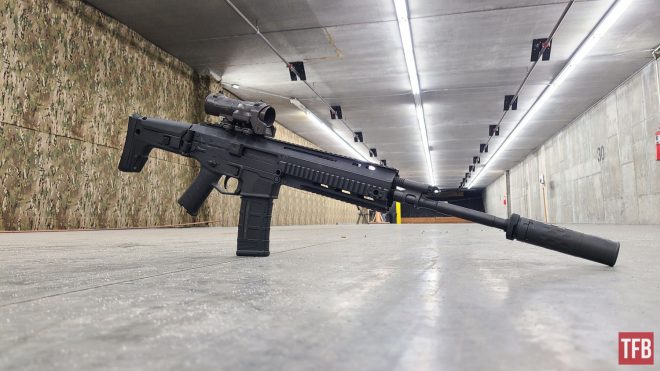 Next up was the Bushmaster ACR. This classic was introduced in Call of Duty: Modern Warfare 2 and quickly became a player favorite. I’ve seen these rifles over the years but had never had a chance to shoot one. Here’s how’s the gun metered using the same Saker ASR K from the MP7 test. 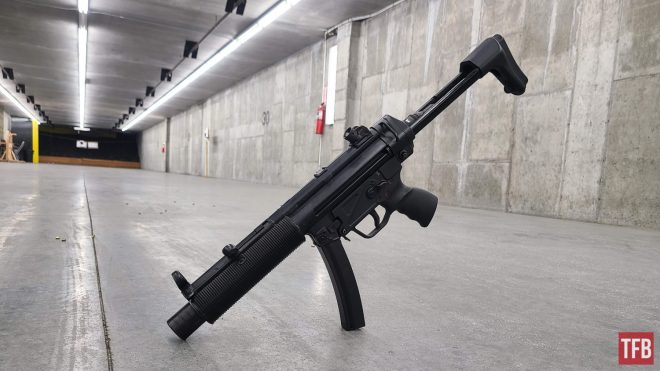 Last up was SilencerCo’s new school take on the ultimate subgun classic; the MP5SD. Introduced in the original Call of Duty 4: Modern Warfare, this gun has made an appearance in every Modern Warfare game since. Metering this gun is slightly different from the rest as you need to hold the end of the gun slightly past the stand in order to meter it.  This is because we’re metering from the end of the barrel, and not the end of the suppressor. 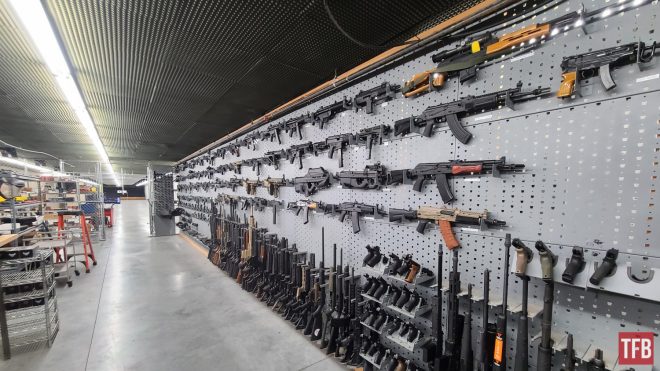 Overall, I was pleasantly surprised by each of these hosts and the numbers they put up at the meter.  While the MP5SD certainly could have been quieter with subsonic ammunition, it was interesting to see that its port noise (or noise at right ear) was actually louder than the MP7’s.  Both the MP7 and ACR (both short-stroke piston operated) had very low port noise and metered incredibly well.

These were just my quick three picks from my time at the SilencerCo Batcave, but there’s certainly plenty of others I’d love to meter. So, if you’re reading this and you see something you’d like to see metered, comment what it would be below. And who knows, maybe I’ll be taking another field trip down to SilencerCo to meter a few more in the near future. Thanks for reading, and thank you to the SilencerCo staff for having me.

More information on the SilencerCo Saker ASR K and Omega 9K can be found below.